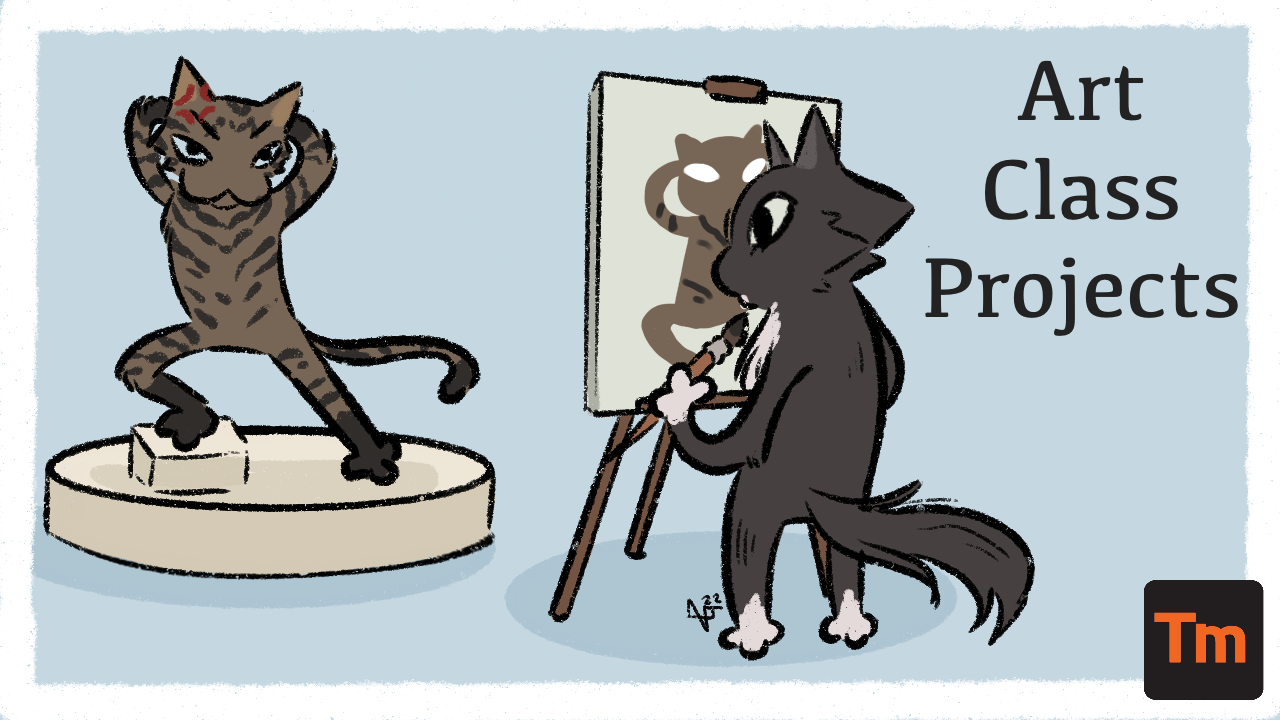 The students are working on a project based on Mexican folk art which combines three or more animals into one body.

The story behind these mystical creatures was that the artist, Pedro Linares had a high fever dream and he dreamed about these creatures, there were multiple creatures combined into one and they were saying the word “alebrije”. So the artist got up and started painting them and called them alebrijes.

Some of the inspiration on how the students got their ideas for their project were just creative. Their inspiration guided them or they either combined three of their favorite animals into one.

This will help the students document the process of an idea. And how it builds up into one final project.

Their project in the beginning of the year was to write their name with chalk pastel on a piece of scratch paper. It was a simple piece of work the students enjoyed, but they didn’t like how messy their fingers got.

First year students were told to sketch a skull for the “Day of the Dead” as their first sketch to learn how to properly shade. Even though it was the same skull almost all of them were different in their own way.